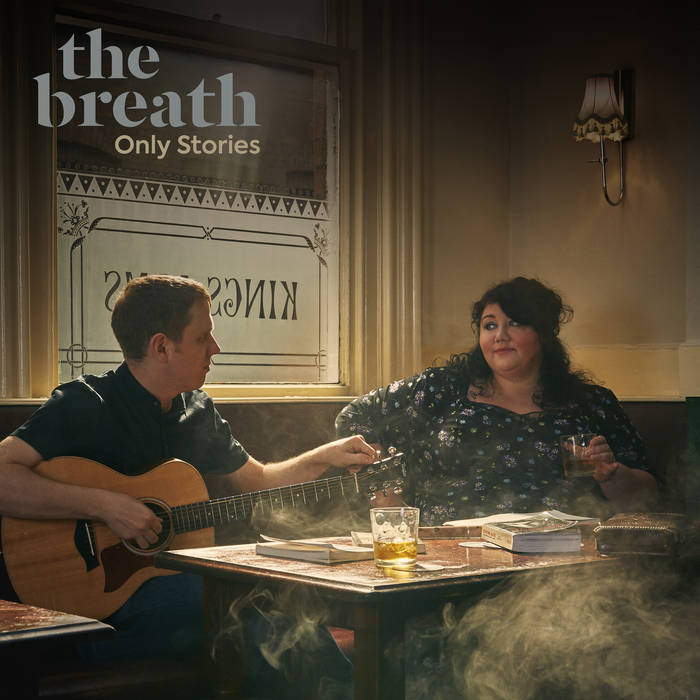 In November 2018, singer Ríoghnach Connolly and guitarist Stuart McCallum embraced, beaming out at an audience that had leapt to their feet at the close of their intimate show in Brighton. They too had felt that something very special had just happened.

Stuart and Rioghnach are the creative heart of The Breath. For this show, they had performed their first duo set, minus their full band, allowing their extraordinary connection to shine through. Stripped bare, they found a new depth and beauty in their unadorned, heartfelt songs that had connected with their audience in such a remarkable way.

A few weeks later, they travelled from Manchester to Real World Studios to re-record eight tracks; five taken from their highly acclaimed 2018 release, Let the Cards Fall. In a set-up that mimicked the gig setting, tracks were recorded in one take, live, immediate and in the moment.

“Whilst feeling a bit daunting at first” says Stuart, “we knew after the Brighton gig that the space in the music allowed for more subtlety, presenting the songs in a new light and really capturing the lyrical narrative and performance nuances in an extremely intimate way. It felt important to go to Real World Studios and revisit these songs in this intimate, raw duo setting.”

Only Stories (Let the Cards Fall Revisited) is the result; a duo recording of immense power and emotion. Stuart’s beautifully insistent, infinitely subtle guitar is the perfect partner to Ríoghnach’s intoxicating, deeply passionate voice, at times, as described by the Guardian, as “tender as the grasp of a child’s hand” others, robust and intense.

Only Stories revisits a selection of the Breath’s skilfully crafted songs. Written by Ríoghnach they are raw, poetic and deeply personal, touching on subjects that mean most to her— cultural dislocation, injustices, family, love and grief. Throughout, the Celtic nuances of her voice and skilful, distinctive flute playing underscores her traditional Irish folk roots; balanced by warm, yet sparse soundscapes: their unique twist on alt-folk.

Original versions appear on the album Let The Cards Fall, except ‘Boat Song’, which features on Carry Your Kin.

Track Name: Only Stories (Acoustic)
We’re in the water
Faded shadows
Winter at my cheek

Pieces of me, lost at sea, out on the tide
Hear the yearly wields of the wild

Frightened flickers, stolen whispers, bathed in the dark
Clasp your hand in my hand, never wanting to part

Pieces of me lost at sea, out on the tide
Hear the yearly wields of the wild

For you, I know of fate
For you, before you I knew ways
To cut men where they stand and lose their ways
I found joy in the suffering that i could entail

And you rise upon the tide with history's page
Somethings written in the ways of all you take
Can't you see thewcaves are calling to the seas
For all it could give for you and me, for you and me

Our children bathed in blood
Who will howl for their home
The history books may victor written be
My bones will shake with gall, get carried with their hoards
Remember all that you have been

Our children bathed in blood
Will howl for their homes
Their history book may victor written be
Track Name: No You Keep It (Acoustic)
[Verse 1]
I wouldn't know another
As I heard them sleep at night
Wouldn't set you free to wander
When you could not always fight
She took you for a mother
Held you in her eye
If you could only need you
Weary of another’s arms

[Chorus]
And you only nay, curse of now
Pulls at your chords, and curses down
You know that I know
And i know that you know

but the sea is wide, they cannot forego it
and long, long is the tide that has taken thee

pray keep them safe, let them be unafraid
for dark are the hearts that take them to their graves
lost souls in the tide, they turn to the shore
where wringing of hands plead for deliverance

and the sea is wide, they cannot forgo it
and long, long is the tide....
that has taken thee....taken thee

Bandcamp Daily  your guide to the world of Bandcamp

Featuring Gary Bartz, 5 years of Rhythm Section Intl and an LP of the week by Nicolas Jaar